• Rilla came to me with a paper cut. Not that I’m happy she was hurt, just–it struck me so sweetly that she still comes to me for little hurts like that, still believes a kiss from mommy can help

• good IEP meeting—they all love him so

• cleaned up the side yard, threw out two bins of junk, pruned the pepper trees

• daffodils in the neighbor’s yard

• Huck wearing the old cloth barn on his head like a jolly little hat.
Hilarious! Also nice to see how beloved it still is, 16 years and 5 kids later 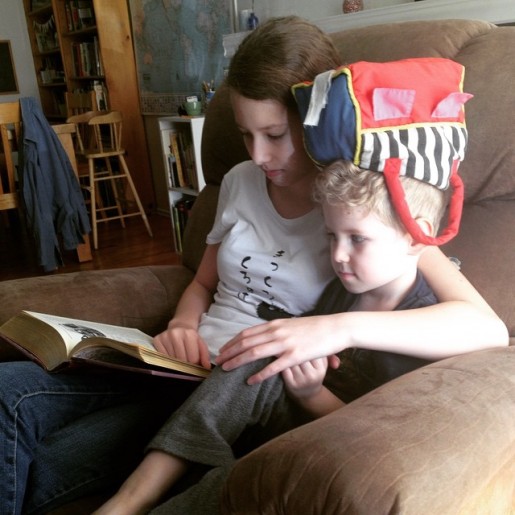 Well, what do YOU wear to read The Adventure of the Speckled Band?