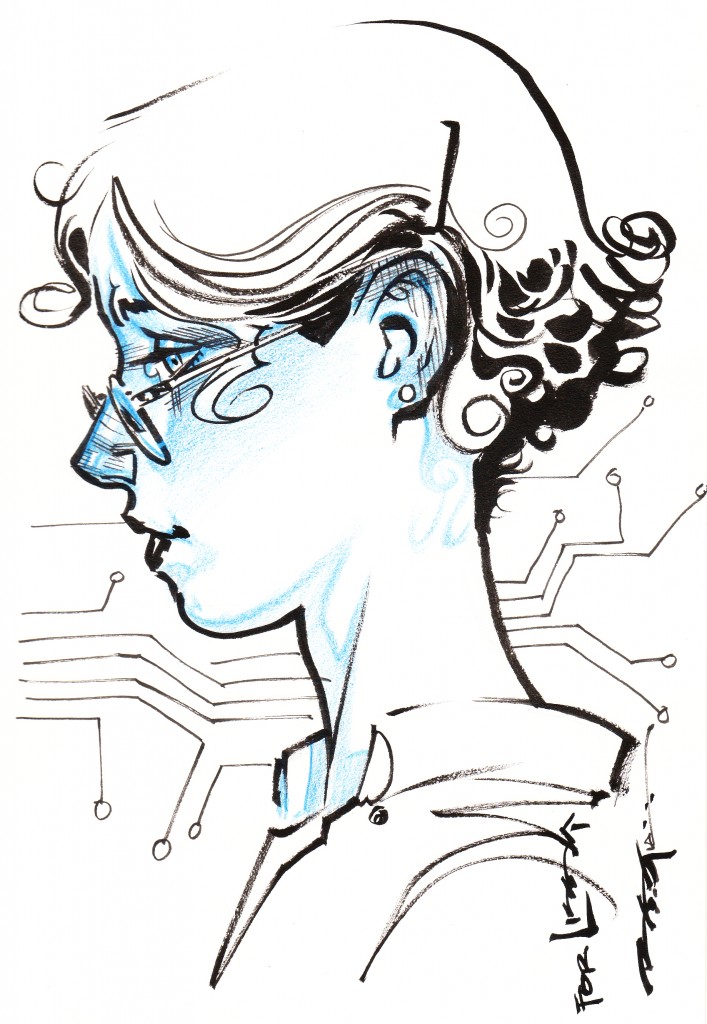 Much to tell. Later. We drove all day and reached home before rush hour got ugly, hooray. Boy do I love a road trip with that husband of mine. Or any kind of trip, really. Or just staying home with him. Him, basically.

We had a great time in San Francisco. Lots of pictures and stories to share, as is always the case after a con. For now, just one little sneak peek of one of the best, the very very best, moments of the whole weekend.

That’s right! I MET MISS BEADLE! Charlotte Stewart, the perfectly lovely actress who played Laura’s beloved teacher on Little House in the Prairie, was there at a table in the convention hall, and I totally geeked out when I saw her. Got speechless and stammery and gushed like crazy. And she was so nice and friendly and warm, and I am thrilled to bits to have met her. I told her about my books, and she told me about the Little House Reunion Cruise that is happening in November, with Charlotte, and the hilarious Alison Arngrim (Nellie Oleson), and Lindsay and Sidney Greenbush (Baby Carrie), and Dean Butler (Almanzo), and ohhhh how much would I love to go?!

I told Charlotte how much I loved the gentleness and patience of her Miss Beadle, and she told me she modeled the character after her sister, a mother of eight. I love that.