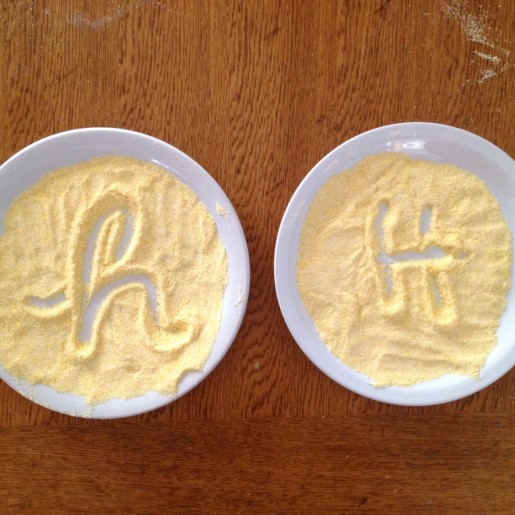 Melanie has begun a link-up for sharing daily learning notes, always an engaging topic (if you’re anything like me). I used to have an entire side-blog for my daily notes, and then a different one, and then a different one. These days I’m tracking things on paper, but I do like to compile some of our best resources and rabbit trails here pretty often, as you know.

Selvi asked in the comments the other day why we were working on memorizing the English monarchs, because I’ve mentioned that several times. The main reason, as I replied to her, is because they make very handy pegs for hanging other historical events on. So often in our history, literature, and science reading we come across some incident involving Great Britain and we used to always say, “Who was king then? Or was it queen?” So we set about learning the list (and American presidents as well, but that was easier because these kids grew up on the Singin’ Smart CD with its infectious tune for the presidents) and it turned into a really fun family accomplishment. Oh the triumph now when we can all get through the Horrible Histories song without a hitch! 😉

Our various readings continue to interconnect in satisfying ways. We spent a couple of weeks on Wordsworth (you don’t leave this house until you know a good bit about the Romantics, that’s just the way it is) and are reading Coleridge this week, and that has created excellent crossover with our readings about the French Revolution. Except a MOST UNFORTUNATE THING happened and that is: while (continuing on in the juggernaut of world history) reading aloud about Napoleon, my tongue got twisted and his name came out BonaFART. Never, never, never shall I be allowed to live this down. Never, never, never shall I be permitted to read another word about him without a ripple of giggles across the room. Waterloo can’t come fast enough, believe me. I might have to move to Elba myself.

ANYWAY, back to Coleridge. We began a discussion of “Frost at Midnight” today, which is one of my most beloved poems. It’s a good many years since I’ve lived where there’s frost, but I still look at a winter sky and inhale the cold air and think of silent icicles quietly shining to the quiet moon. We found so much to discuss in the first stanza that that’s as far as we got for now—and the best is yet to come.

Today during our after-lunch block (that’s when I focus my attention on Huck and Rilla), we did cornmeal letters. Uppercase printing for Huck and lowercase cursive for Rilla. This was a new activity for Huck and he enjoyed it tremendously. (And ate a whole lot of dry cornmeal, gah.) He’s not yet shown much interest in writing or drawing—loves to paint big swirls and stripes of color, but crayons interest him not at all—but we have a Montessori Letter Shapes app that mimics this kind of tactile finger-tracing, and he used to play that quite a lot. When I put the plate of cornmeal in front of him today and showed him what we were going to do, he asked, politely puzzled, “But how do we reset it?” No reset button, you see. Oh my digital-era child.

He got the hang of the analog method pretty quick. 😉 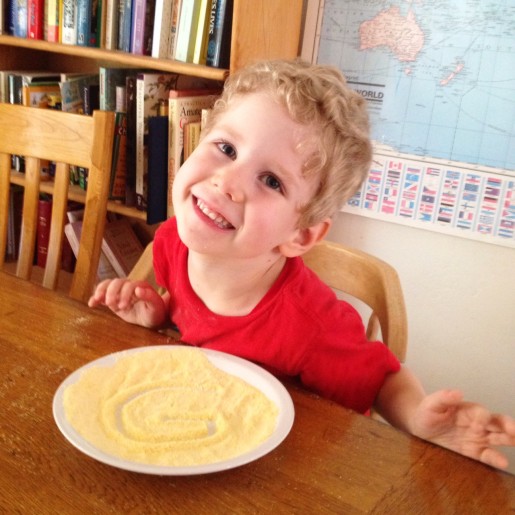 G is for grin