So, funny story. A few weeks ago my friend Sarah Tomp, whose upcoming YA novel My Best Everything I can’t wait to read, wrote to ask if she could tag me in the Writing Process Blog Tour. It sounded fun, but I was feeling pretty swamped that week, so I thanked her and declined. A day or two later, another local writer friend, Marcie Wessels, asked me the same question, and again I said I appreciated the nod but would have to pass. Well, about a week after that, my pal Edith Hope Fine issued the same invitation! And that very same day, my friend Tanita Davis did one better—she went ahead and tagged me. 🙂 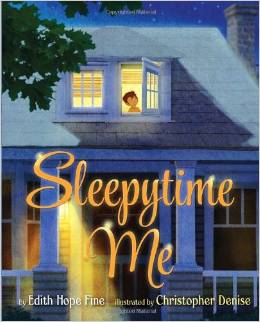 Well, okay, I can take a hint! And what do you know, a holiday weekend rolled around just in time for me to participate. So first: a big thank-you to all four of these generous friends, so eager to share the bloggity fun with me. Do click through on the links above to read their very interesting answers and find out more about their books. (Edith decided to sit out the hop herself, but you guys—I got a sneak preview of her new picture book, Sleepytime Me, illustrated by Christopher Denise, and it is a swooner. This year’s favorite bedtime reading, mark my words. It launches tomorrow! And I happen to know she’s got a companion workbook coming for her excellent Greek and Latin roots book, CryptoMania!, and it’s top-notch. Homeschoolers and teachers, you’re going to love it.)

Okay, so here are the questions, which I actually feel pretty shy about answering. I hardly ever talk about my process.

• What are you working on? 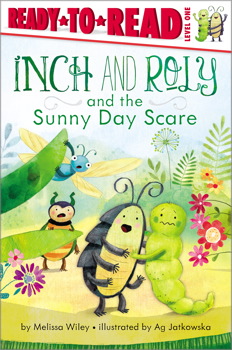 Generally, multiple things at once. The Main Project, always, and then two or three other works-in-various-stages-of-progress, and a scrawly list of ideas. Right now, the Main Project is the book I’ve been laboring over (very much in the childbirth-metaphor sense of the word) for a very. long. time: a historical fiction YA I’m writing for Knopf. It’s a project very close to my heart (involving a good bit of my own family history) and is probably the most challenging book I’ve written yet, in terms of research and subject matter. And I’ll want to talk lots more about it before too long.

So that’s the front-burner book. Then there are the things I work on when that one is being obstreperous: I’m playing with a new Inch and Roly idea, now that Sunny Day Scare has packed its knapsack and gone off into the world to seek its fortune. (They grow up so fast!) And there’s a fantasy novel I play with when historical fiction is besting my brain.

And! And! Very very slowly, very very occasionally, I add a little to a memoir of sorts I’m writing (or thinking of writing, is probably more accurate) about our years in Astoria, New York, when Jane was going through chemotherapy. I have a lot of stories piled up from those days.

• How does your work differ from others in its genre?

That is a really good, and really hard, question. I feel like in a way it’s a question best answered by readers, not by me about my own work. I like to work with characters who are grappling with ethical dilemmas—Louisa struggling to find a way to clear her father’s name without revealing Angus’s secret and therefore exposing him to probably dangerous public scrutiny (The Prairie Thief); Martha wrecking her dustgown and getting away with it, but fessing up after an internal struggle (Little House in the Highlands). Kids trying to sort out right and wrong when the lines seem fuzzier to them than adults give the impression they are. I think in terms of my style itself, I may work differently (but who knows?) in that I’m hearing the work read aloud as I write—probably in part because read-alouds are such an enormous part of my life. I mean, I’m reading aloud all morning long; I’ve spent nearly nineteen years this way, days full of the written word spoken. I think that gets into your fingers, as a writer: the cadence and lilt of a good read-aloud, the distinct character voices, the aural underscoring the visual images created by the text. I think, too, my having studied as a poet comes into play here. I entered my MFA program as a poet and emerged as a writer of prose fiction, but you can’t get poetry out of your blood.

• Why do you write what you do?

I put this question to Scott, adding lamely that I write the stories I’m burning to write. “I don’t know how to nail it down more accurately than that.” He chuckled. He knows me better than I know myself. “Well, first,” he said, “there’s the pioneer thing—” and he’s right; he doesn’t mean just Pioneers of the American West, though certainly that period is a lifelong fascination of mine and my original concept for Prairie Thief jumped right out of Edwardian England, where I’d envisioned it taking place, and emigrated happily to the Colorado prairie, circa 1880. Scott, who knows what ideas are crammed into my mental Possibilities drawer, was speaking also of my love of all kinds of frontier stories—the Pern books, the Darkover novels, any kind of pushing forward to unknown terrain and making terms with it. 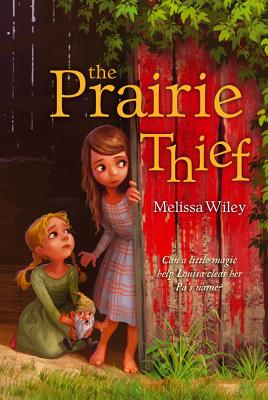 “But also,” he continued, “there’s your fascination with miscommunication and injustice. The injustice that arises when someone has been misunderstood. You’re always wanting to set that straight, in your work and in real life.”

As soon as he said it, I could see it: this thread woven through so much of my work. It’s the central conflict of Prairie Thief, of course: a man falsely accused, his daughter intent on clearing his name. And other misunderstandings nested inside that larger one. But also: there’s Martha’s first governess, who doesn’t like her and misreads all her errors as deliberate. I had to bring in Miss Crow, didn’t I, to understand her. 🙂 Over and over in those books, there are miscommunications between family members that lead to conflict. Scott pointed out that Sunny Day Scare, too, plays with this theme: Inch and friends are interpreting a horror in the grass in different ways, and Roly simply has to figure out what the scary thing really is. Even Hanna’s Christmas, my little commercial tie-in from long ago, has Hanna’s parents incorrectly blaming her for all the acts of mischief around the house. This is kind of revelatory, actually, and you can bet I’m going to be pondering it further.

• How does your writing process work?

Ahh, a nuts-and-bolts question. Now I’m in my element. The way I work is married to time. When Jane was a baby and I was first starting out, I had to hurry and write during her naps, sometimes actually wearing her in the sling, though it was hard to type that way. After Rose was born and Scott left his job at DC Comics to stay home and write, I worked longer shifts, a couple of hours at a time. I had very tight deadlines in those deadlines, staggeringly tight as I look back, and had to work with furious efficiency in the spaces available to me. I probably work best that way.

Later still, after Beanie came along, Scott and I settled into a rhythm. My writing time was from 3-6 every day. So again, mega-focus required to stay on task. I started this blog as a way to help me do that: after a day with the kids, spending 20 minutes writing about them helped me transition from mom to writer, and then I could work on the book at hand.

We had a rough year after Wonderboy was born, but that same schedule allowed me to work. It was after Rilla came along that things changed dramatically: Scott took an editing job out here in San Diego, we moved, he was away long hours, I wrote on Saturdays. That’s why The Prairie Thief took so long: years of Saturday afternoons. In 2011, he came back home to freelance (hurrah!) and now I get the whole afternoon and evening to work—meaning both my fiction and my editorial gig at Damn Interesting.

I can’t stand writing by hand. I have complaining wrists. With the current novel, I began working in Scrivener and fell in love—it keeps all my notes, fragments, timelines, character sketches, and primary source material organized and accessible much more handily than any paper system I could contrive. I mean, I really think I’d be lost without it.

I’m a slow writer in that I self-edit ruthlessly, never having managed to do the sort of pour-it-out first drafts that the writing instruction books urge upon you. Dear Anne Lamott, I’ve tried, but I just can’t pull it off. And it’s too bad, because I always write way more than actually belongs in a book. I’ll labor over huge chunks of manuscript, polishing at the word-level, and then wind up ripping them out, a stitch at a time (agony) to hide in a file somewhere. If I were to gather up all my Martha fragments, I’d probably have enough for a whole nother book. (Sorry, it’s not in the cards.)

Every day, I dread starting. After I’ve made myself enter the cave, hours pass in a blink, like Narnia time.

I think I probably love the research stage best of all. I’m happiest with all my papers and books spread around me on the bed, and some old newspaper enlarged on my screen. An orchard robbery in 1817; the constable arrested “a man named Peter Twist and two well-dressed women.” What’s the story there? No one can tell me, so I’ll have to make it up.

Now I’m supposed to tag some writer friends. Laurel Snyder (The Longest Night, Bigger than a Breadbox, Seven Stories Up) and Jennifer Ziegler (Sass and Serendipity, How Not to Be Popular, and the hot-off-the-presses Revenge of the Flower Girls—how’s that for a great title?? both said yes, so look for their replies in a week or so. I’m also tagging Chris Barton (Shark Vs. Train, The Day-Glo Brothers, Can I See Your ID?) and my dear friend Anne Marie Pace (Vampirina Ballerina, Vampirina Ballerina Hosts a Sleepover, A Teacher for Bear), in case they’d like to play along. But no pressure, guys! (See paragraph 1, above.)

And Sarah, Marcie, Edith, Tanita: thanks for tagging me. I had fun!