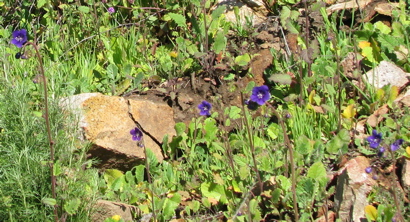 All the San Diego papers are raving about the spectacular wildflower season we’re having. Bountiful late-winter rains following last fall’s fierce wildfires have combined to create an abundance of bloom that dazzles our eyes wherever we go. Um, as I write this it occurs to me it might be a little insensitive, given what some of you are dealing with. Can you forgive me?

I snapped this picture of ooh-pretty purple wildflowers on tall leggy stalks during our Cowles Mountain hike the other day. According to the identification guide in the local paper, they are Desert Canterbury Bells. We saw lots of other varieties but I got no pictures and don’t know their names yet. We did spot some whimsically-named “grape soda lupines” in thick clusters on the hillsides all around town, and there are orange and yellow carpets at every turn. 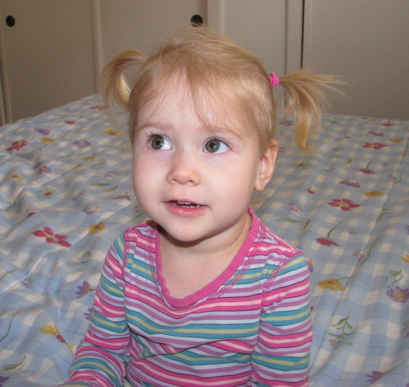