100 Species Challenge: Lily of the Nile 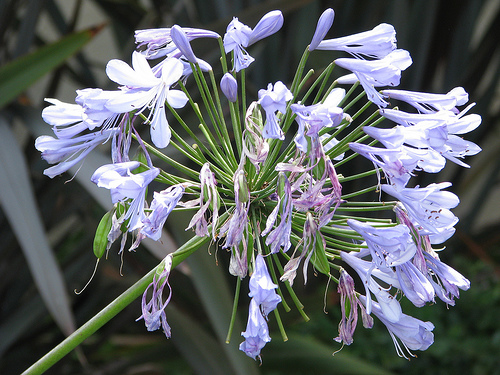 2. Agapanthus, or Lily of the Nile

Also called African lilies, these lovely shrubs grow in our front yard and all over town. Their bloom season is just passing now, so the globes of purple or white blossoms at the top of each long stalk are looking a little bedraggled these days. But all summer long they were gorgeous. You see them often in median plantings and commercial landscaping, often intermingled with the earlier-blooming bird-of-paradise flowers (that’ll be a future entry). 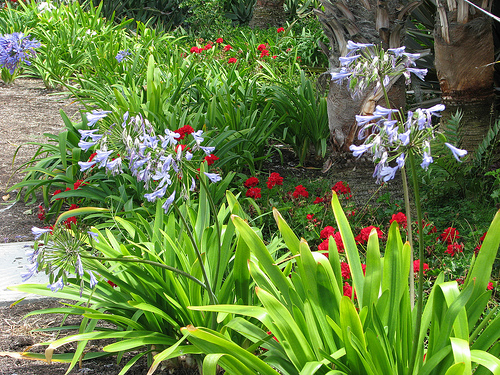 Lily of the Nile and red geraniums

The red geraniums in the photo above give me a freebie for our challenge. Of course everybody knows what they are. Not that they are really geraniums—the correct name is pelargonium—but geranium is what everyone I’ve ever known has called them. On the east coast, we planted them as summer annuals or grew them in our windowsills. They’re still in my windows here, but they’re also in the ground, all over the place, sometimes in the form of huge bushes. I’ve adored them ever since Anne Shirley bestowed a kiss and a name (Bonny, of course!) on the red geranium blooming in Marilla’s kitchen. 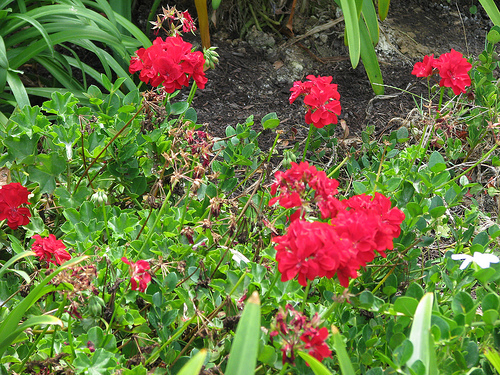 This entry has been added to our main 100 Species Challenge page which contains our list-in-progress.