But Whatever Happened to Penny Knocknutter? 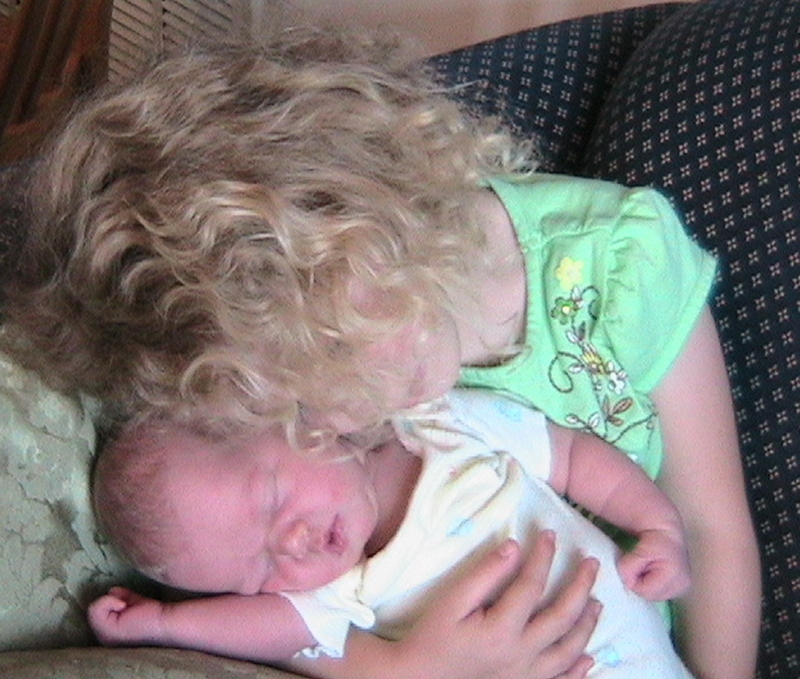 That little baby is four years old today. I went to my archives to hunt up an appropriately melty photo (how’d I do?), and I found this post that made me laugh—because it is such a perfect snapshot of then, when I was wrapping my head around having five kids eleven-and-under, and because it pretty accurately depicts our now, too. I mean, sure, now there’s a teenager at one end and a fifteen-month-old force of destruction at the other, and sure, we’re living clear on the other side of the country, and sure, the range of conversational topics has expanded to include everything from politics to artisan breadmaking to the moral codes of Warriors cat clans, but the general tone of things? About the same. I’m still in over my head, slightly dizzy, and endlessly amused.

Jane, looking up from Sunflower Houses

: “Mom, look at this! It’s a bunch of riddles about flowers…hmm, ‘The name of a boy and an old-fashioned weapon…’ ”

Beanie: “Did you know O has a brother?”

Rose: “How do you spell Japanese?”

Jane: ” ‘A state in the South and a one-year-old child…’ Virginia creeper!”

Rose: “How do you spell Gaelic?”

Rose: “How do you spell Chinese?”

Rose: “How do you spell German?”

Jane: ” ‘The child of a suffragette known in our land…’ I know about the suffragettes but I don’t know their children’s names.”

Beanie: (sings) “Oh we were sufferin’…until suff-er-age…not a woman here could vote no matter what age…”

Rose: “How do you spell Irish?”

Wonderboy: “Mommy count!” (All stacking cups are now lined up in a row.)

Jane: ” ‘A pleasant expression, and one sharp-edged tool…’ The only thing left is smilax, which fits, but what is it?”

Wonderboy: “Ee! Oh! Eye!” (This is how one counts sans consonants.)