day 23: what the dickens 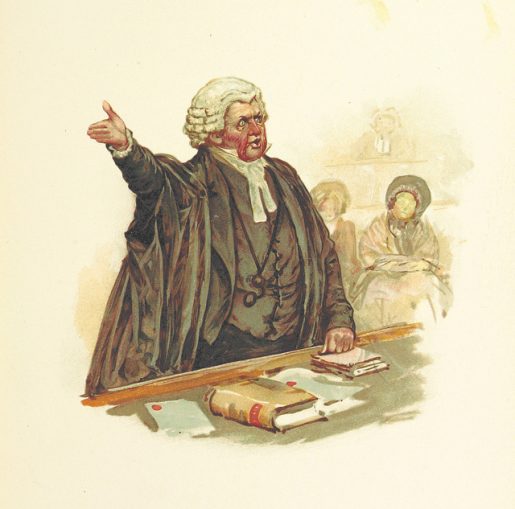 Jamie of Light and Momentary has been sparking my desire to read more Dickens since, well, I want to say since 2004 or ’05 when I first encountered her blog. It often puzzles me that I have so many Dickens gaps in my reading history, since David Copperfield is one of my favorite books, one that actually, literally makes me cry laughing. And Tale of Two Cities, jiminy crickets what a nail-biter. Once you get past those impossible opening chapters when you, like the baffled guard, have no idea what’s going on.

“Did you hear the message?”

“That’s a coincidence, too,” the guard mused, “for I made the same of it myself.”

I remember reading a Neil Gaiman post a number of years back, in which he described jumpstarting an exercise habit by listening to Bleak House on audiobook:

[The book Younger Next Year] said, among other sensible things, that I should exercise for 40 minutes a day, getting my heart rate up. And I should do weights…

And I thought, But Dear God I’ll Be So Bored.

And that was when I had one of those ideas that ought to come with floating lightbulbs. I thought, Bleak House. A book I loved, but had never finished, due to always leaving it places.
I’ve been chatting to the Audible.com people about a mysterious thing I’ll announce soon, and Don Katz from Audible had shown me the Audible app and mentioned that I could now use my Amazon account to log in and buy books on Audible. So I downloaded the Audible app to my phone and to my iPod touch. I listened to samples of a dozen Bleak Houses, then plumped for the top-rated, which sounded excellent. And from that point on, most days, I did 40 minutes a day of Bleak House. And if I couldn’t do 40 minutes I’d do half an hour, or 20 minutes. I’d exercise, and I’d lose myself in Dickens, and the time would fly by.
It’s a glorious book, and perfect for an audio book…

Brilliant, I thought: I’ll do Bleak House on audio!

I’m not sure I made it through chapter two. I must not have had the same charming narrator Gaiman describes. Mine was so dull I almost dozed off on the treadmill. 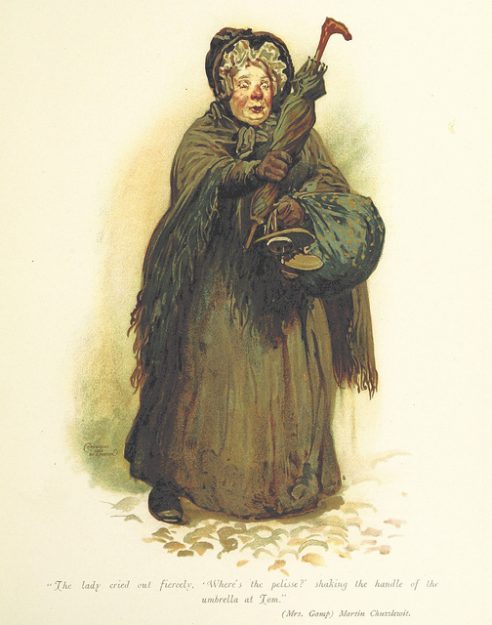 I’ll be teaching Great Expectations to one of my English lit classes this spring, so I’ll need to reread it soon. Dickens has, therefore, been on my mind. This morning I experienced an amusing bit of synchronicity: Jamie’s post coming lightning-quick on the heels of my own Dickens train of thought. Jamie is proposing a read-along of Martin Chuzzlewit in May:

Today I was thinking about which fat Dickens novel I’d like to re-read next, after the spring semester ends. “Martin Chuzzlewit!” I said to myself. It’s the only novel that’s partially set in the US, and its biting observations about American culture still resonate. I read it for the first time in 2001, not long after our return from two years in the UK, and I am curious to see how my memories hold up. Plus it’s an interesting time in which to reflect on outsiders’ perceptions of the wacky ways we do things here in the US…

See the rest of her post for details (and a hashtag, even). I replied with a comment so long I decided to turn it into this (even longer post).

Jamie, I’m chuckling over the timing of my seeing this post in my Feedly. It’s early morning here and I just spent an hour not reading, but rather tapping through the bazillion galleys on my Kindle, trying to decide what to read. I have the worst option paralysis when it comes to books.

Then Scott (that angel) brought me a mug of caffeinated hot cocoa and I sat up, sighing, feeling I’d wasted a precious reading hour. The thought in my head was: I’m 48. I can’t afford to waste ANY reading hours. I mean, I still haven’t gotten through all of Dickens!

Which made me remember that last year I set up DailyLit to send emails three days a week containing installments of classics I hadn’t gotten around to yet. I’ve tried DailyLit before, and what always happens is: either I get about a week into a book and then start saving the emails for later, which means never; or I get sucked into the novel and wind up abandoning the installment plan and just plain reading the book. 🙂 I read a lot of Twain that way in 2015. So this morning, about thirty seconds before I opened Feedly, I thought: maybe I should do a Dickens DailyLit project?

I’ve never read Chuzzlewit. For that matter, I’ve never made it through Bleak House, either. I’m going to go see what Dickens is available via DailyLit because those email chunks really are a good way to get me rolling on a big reading project. (Except when they aren’t.) 😉

“Well, upon my word!” he said. “You do not mean to say that you have read them!”

“Of course I have,” I replied. “Every one of them but the two that we are going to buy in Boston, and some of them six times.”

“Bless my soul!” he ejaculated again. “Those long, thick books, and you such a slip of a thing!”

“Of course,” I explained, conscientiously, “I do skip some of the very dull parts once in a while; not the short dull parts, but the long ones.”

He laughed heartily. “Now, that is something that I hear very little about,” he said. “I distinctly want to learn more about those very dull parts…”

The full story is hilarious.

Well, it seems Martin Chuzzlewit is not available via DailyLit installments. It’s free on Kindle, though, if you’d like to join Jamie’s read-along in May. #FAMDRAL

Great Expectations isn’t a DailyLit selection, either, so I’ll have to prep for my class the old-fashioned way. But there are a number of other Dickens novels at DailyLit (see image below)—and if anyone was made for reading via daily installments, it’s Charles Dickens, prize of the periodicals. 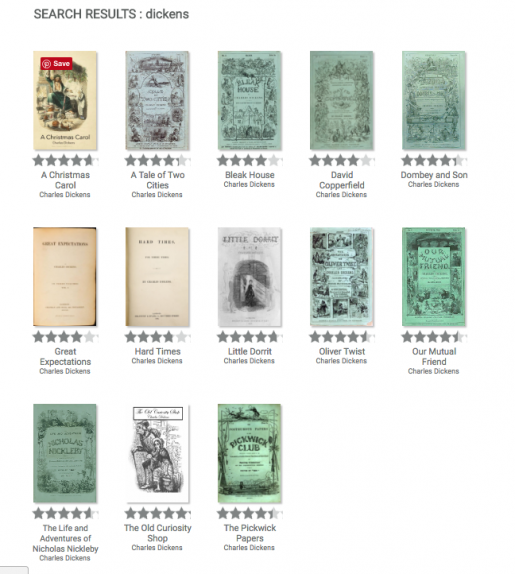