The latest Facebook shenanigans spurred me to use, in all seriousness, the word “detopstorify” in conversation today. As in, I clicked the blue triangle to detopstorify one of my own posts that kept appearing in “Top Stories” on my feed. My friend Anne Marie took a screen shot of the Google listing for this silly, silly word to record its coinage for posterity. Sharing the moment here for my fellow homeschooglers and kidlitosphere pals. 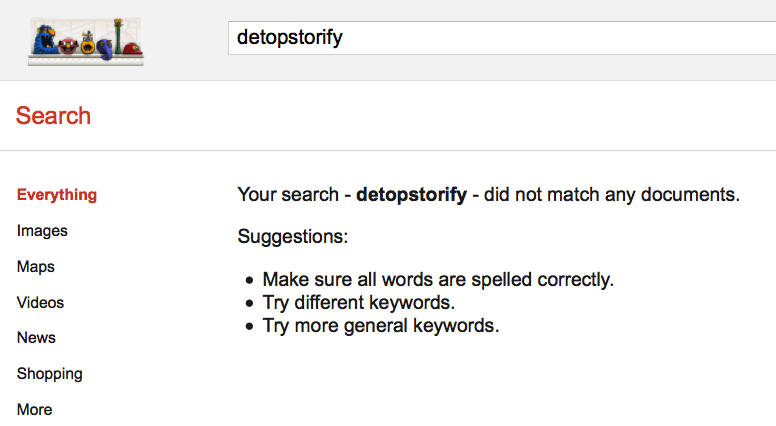