“Due to any of the following”

Last Monday we drove ninety miles east to the Desert View Tower. I’d been meaning to take the kids there for months. Amazing view and irresistible climbing-rocks, that’s what everyone says about the place.

We’ll have to take their word for it. 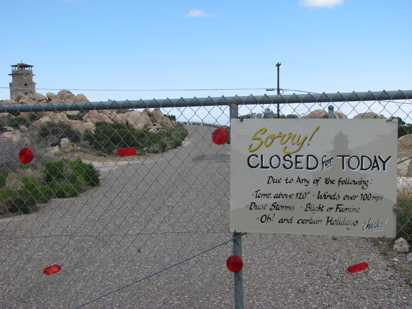 Jane and I thought the sign alone—”blight or famine”?—made the trip worthwhile, but some members of the back seat brigade opined otherwise.

We all loved seeing the wind farm, though. 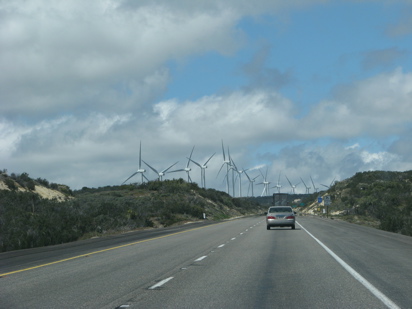 A ballet of giants: breathtaking. 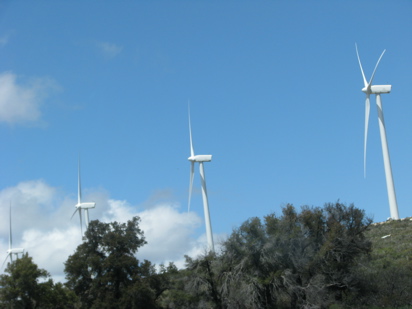 The desert was spread with a threadbare quilt of tiny yellow flowers. Any of you know what these are called? 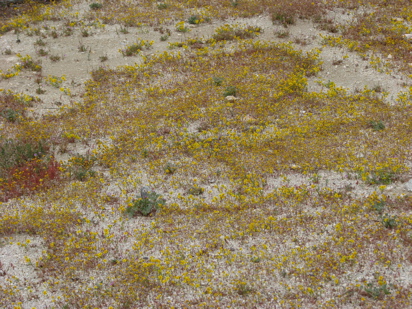 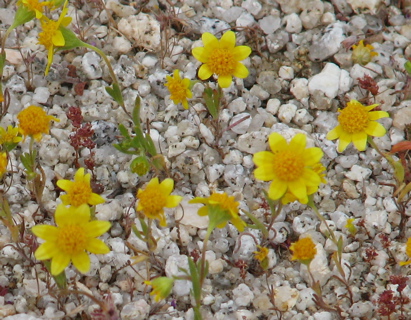 And as long as I’m asking for IDs, how about this skipper I spotted in the backyard? Anyone? Bueller? 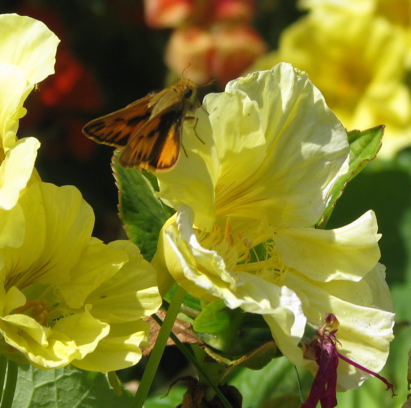 Not a great picture, so I don’t know if you can see the markings well enough to identify it. Can you see what a curious at-rest position its wings have? The top wings are perpendicular to the bottom wings. I’ve never seen that before.

Jane and I had had hopes of finding new-to-us butterflies in the desert, but sometimes you have to rely on your own backyard.

Photos by Jane, except the butterfly.