Thanksgiving was delightful. Our beloved friend Krissy (Kristen to the rest of the world) came down from L.A. for the weekend with her two-year-old daughter, my goddaughter Vivi. Scrumptious. Brilliant. Beautiful. Oh, did we have fun. The theme for the holiday seemed to be “Celebrate”—thanks to the new Signing Time video Krissy and Vivi shared with us. That’s right, the Potty Time DVD. We are highly sophisticated around here; you ought to know that by now.

Which is why our Thanksgiving dinner consisted of delicacies like Stove Top stuffing and cranberry relish from a can. We do things right in Casa Bonny Glen. If it doesn’t taste like 1978, I don’t want to hear about it—not at my holiday table.

After a heavy, hearty, heavenly meal we enjoyed three kinds of pie: chocolate cream, pumpkin, and Scott’s famous grasshopper pie. And pecan bars. This after two kinds of jello salad with dinner.

I think I spent more hours in the kitchen on Thursday than I did for the entire rest of the year. (Have I mentioned how much I love having Scott work from home again?)

Now, I already broke this news to the Facebook crowd and I’ll try to break it to you gently here: my young Harpo Marx/Greatest American Hero has been shorn. We left the curls intact until after the holiday, knowing Krissy would be wielding her considerable camera skills during her visit. Alas, on the morning of the great day, it became apparent that Huck’s hair had crossed into new territory…territory hitherto occupied only by Napoleon Dynamite. Wonderboy’s, too, was looking decidedly shaggy. This afternoon, Scott pulled out the clippers.

Rilla is highly disgruntled at the change in her baby brother. She keeps reaching out to sproing a non-existent curl, then sighing heavily. 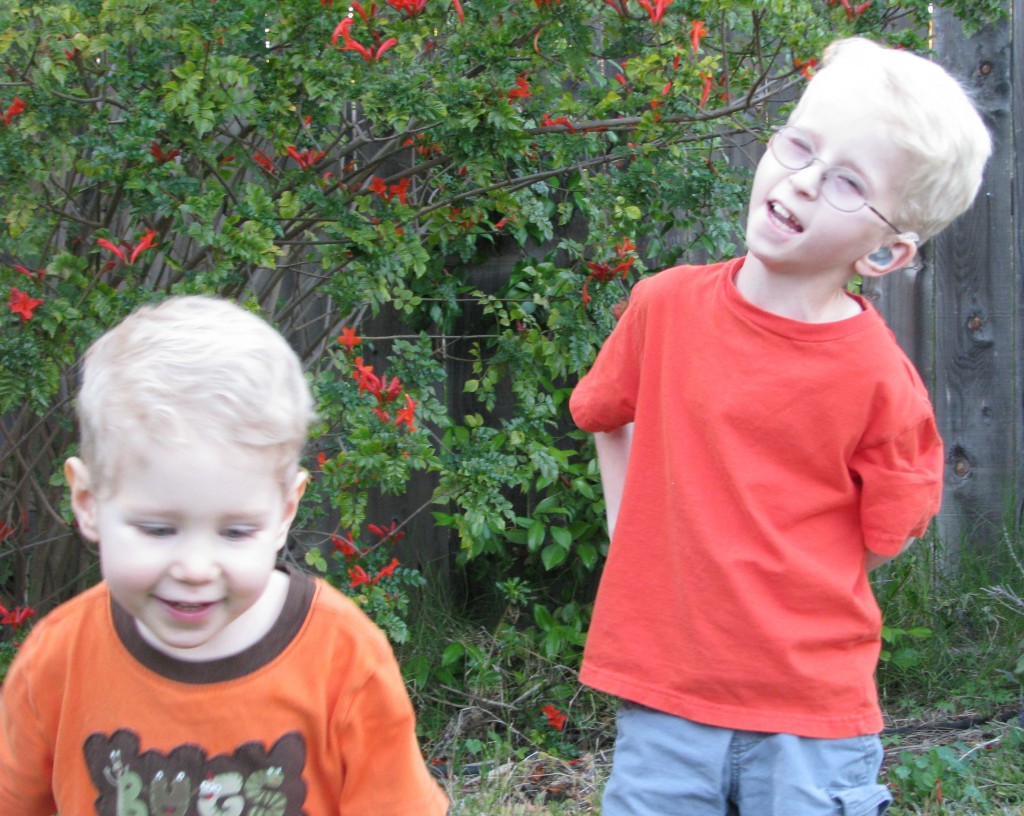 Seems like someday rolls around mighty quickly, these days.