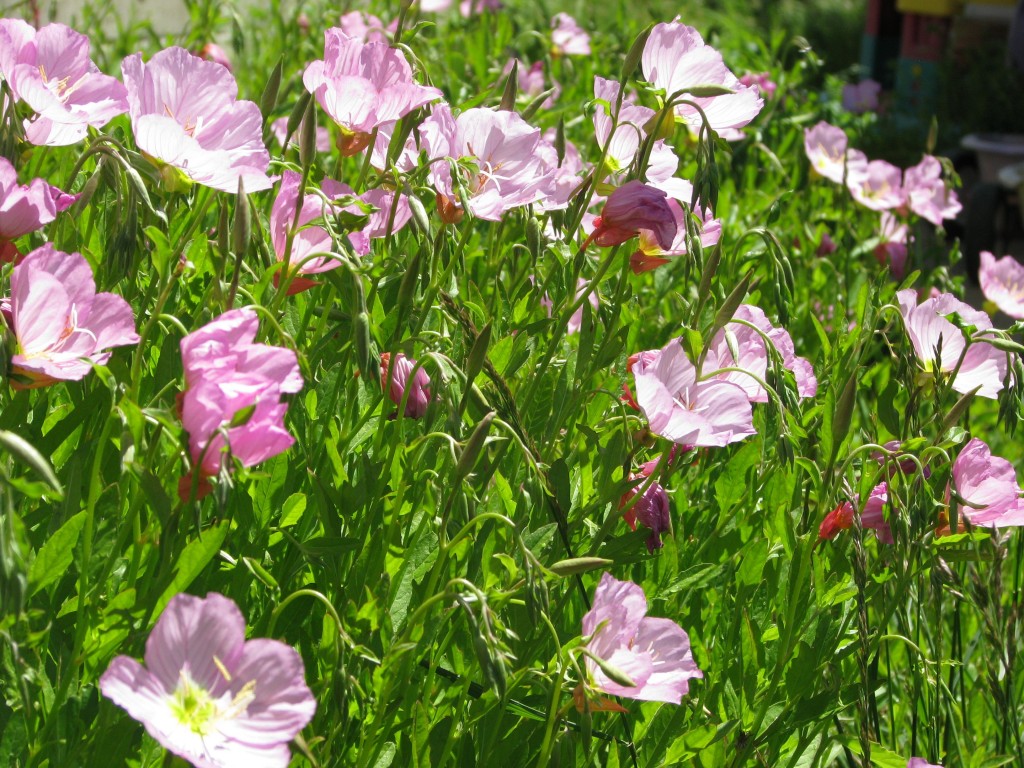 If I may be forgiven for posting twice in one day…

(This one’s a quickie, just some notes on our morning)—

Rilla met, for the first time, the jolly inhabitants of Brambly Hedge. (The Treasury was one of her birthday presents. I think an April birthday, a sixth birthday, calls for a Spring Story, don’t you?)

We enjoyed this poem very much: “Do You Have Any Advice for Those of Us Just Starting Out?” (And it put me in mind of some of Julianna Baggott’s excellent writing about writing and writers…)

(Speaking of Julianna, did you catch my Q&A with her over at GeekMom the other day?)

My older girls are watching the biology (and other) videos at Khan Academy. I’m watching over shoulders and learning a lot myself.

We harvested scallions and whacked back the cilantro, which seems to want to be a bush.