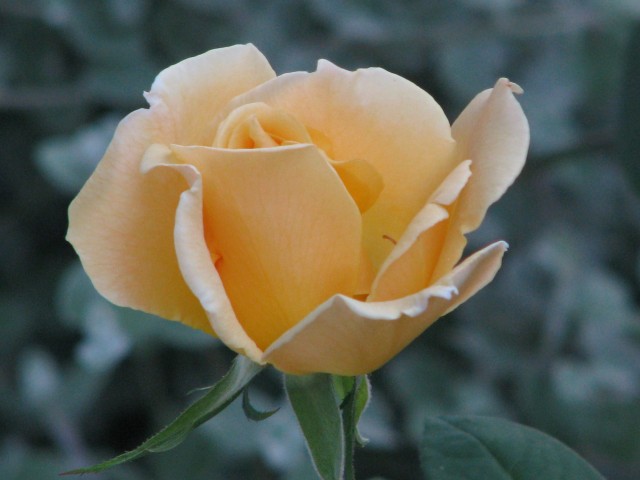 Our roses are blooming, and a big clump of daffodils is coming up right under one of the rosebushes. Tricksy plants, growing all the time. The freesia and rain lilies we planted are well up now (but weeks from blooming), and the nasturtium and cosmos seeds are coming in nicely. One plump grapefruit ripening on the tree. Just the one. 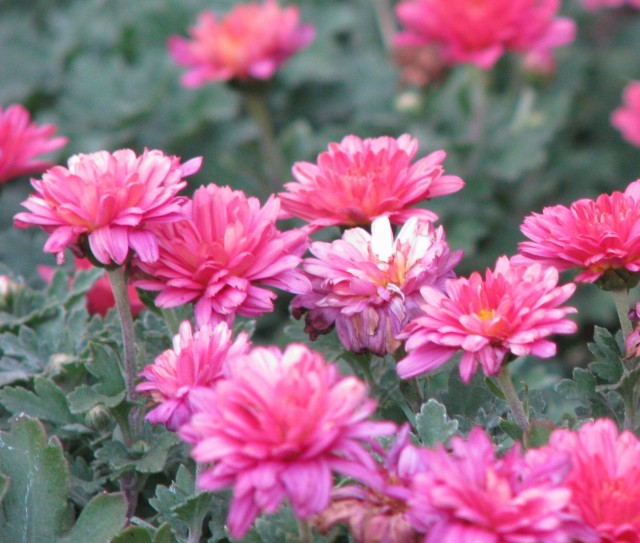 The neighborhood parrots visited the other day. They travel in a raucous swirl of green and chaos. I tried to get pictures, but they hid in the trees and then swirled up and away faster than I could focus. Which is a pretty apt metaphor for my life, these days. Bright, noisy, swirling past in a blur. 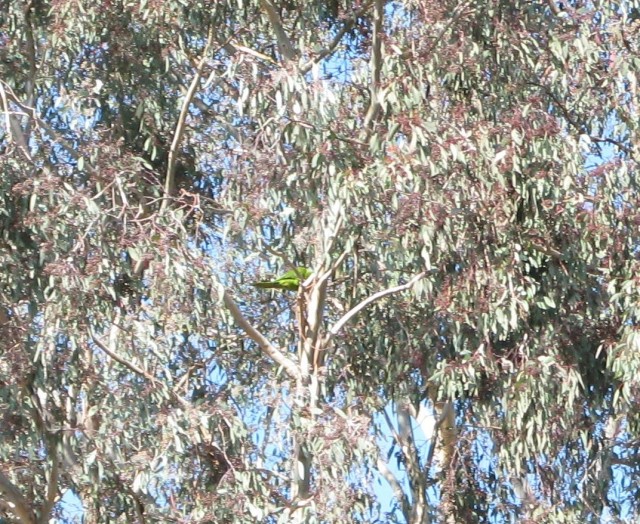 There’s a parrot there somewhere; can you see it? Blink and it’s gone.