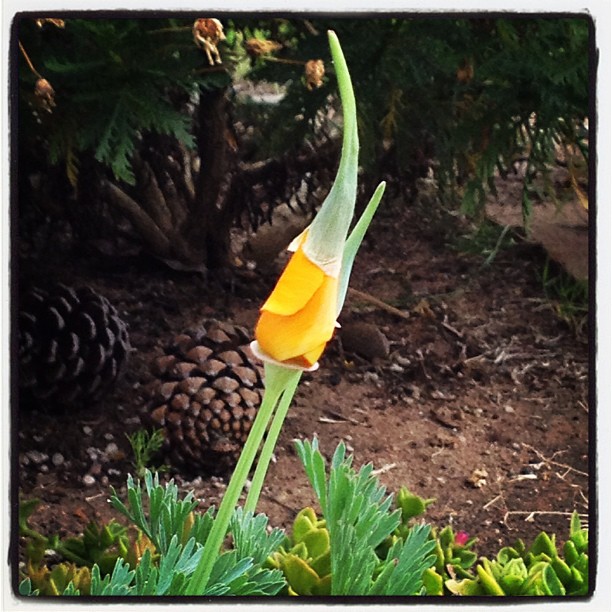 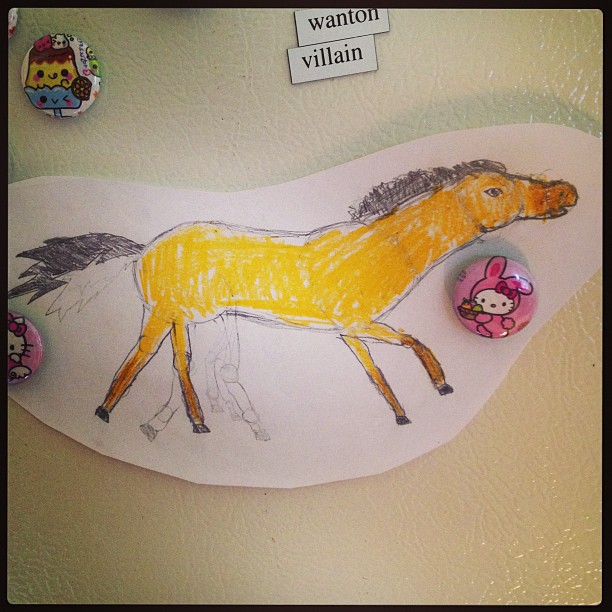 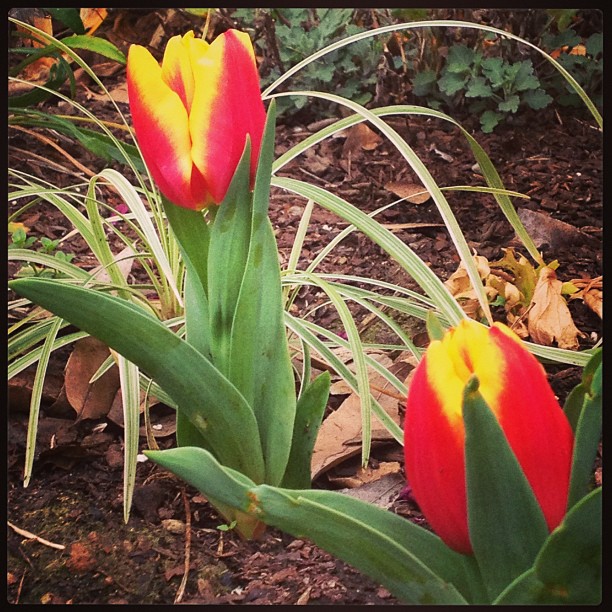 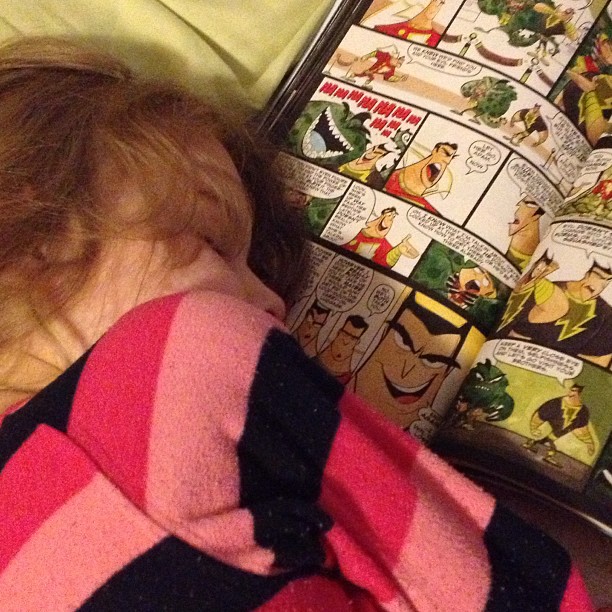 * The year’s first poppy. Stunning as they are when fully open, this is how I love them best: just peeking out from under their green elf caps.

* Rilla’s first serious horse. She worked for ages, following the instructions in the Usborne Book of Drawing. What I love most here is seeing her several erased attempts to get the legs and tail just so.

* The tulips Krissy brought me back from Amsterdam, that time I couldn’t go. I adore tulips. Growing them this way, all mystery, three mute brown bulbs with no hint of the vivid hues encoded in their DNA, is the best possible fun. Now I want to grow mystery tulips always.