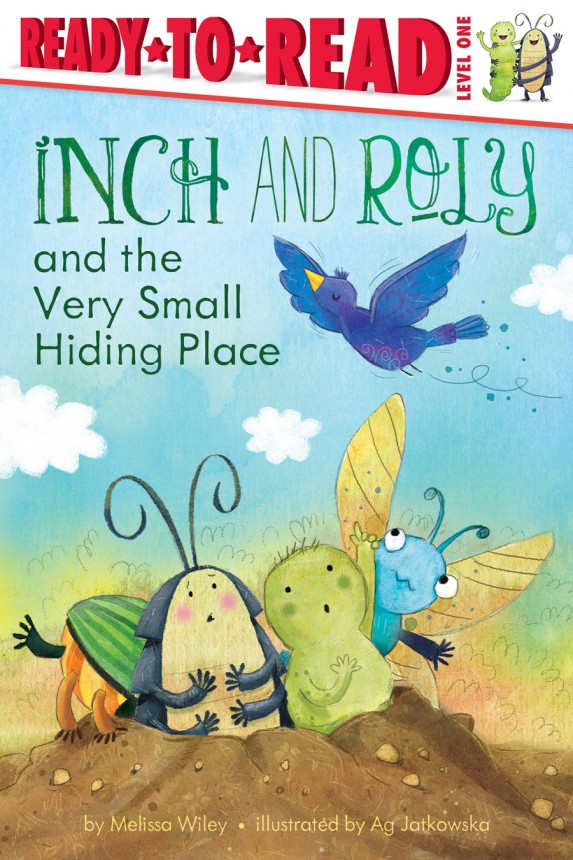 Bunch of books have to go back today; before they go, a quick catalog of the ones my gang loved:

Gideon by Olivier Dunrea, from the Gossie & Friends series.

Huck enjoyed this short, simple story about a gosling who isn’t quite ready to take his nap. A repeat request, usually as a stall tactic at naptime. 😉 Sweet art; pleasingly small trim size. A good library choice, since Huck, at a month shy of four (eek), is on the top end of the age range this book is likely to appeal to.

Ling & Ting: Not Exactly the Same! by Grace Lin.

A leveled reader that enchanted all three of my youngest. The homey adventures of imaginative twin girls with very different personalities. The making-dumplings chapter is Rilla’s favorite. She’s hoping for more Ling and Ting tales.

Rabbit and Robot: The Sleepover by Cece Bell.

This early reader scored especially high with my boys. Huck’s an easy mark: you had him at “Robot.” Wonderboy was amused by the way Robot upended Rabbit’s careful sleepover plans. Plus: Magnetic hands! A lost remote control! A snack of nuts and bolts! And poor, flustered Rabbit, worrying about sticking to his schedule—a character Wonderboy can very much relate to. I might snag a copy of this one to keep.

One of the few Elephant & Piggie books we don’t own, which means we wind up checking it out often.

I’m sneaking Autumn Leaves out of the house after approximately thirty-seven reads.

Early Readers as Read-Alouds, and Other Book Suggestions for Three-Year-Olds

I have a question which you may have written about somewhere… but anyway, I have a just-turning-3 boy. We’ve enjoyed a lot of the picture books you’ve recommended, but I think he may be getting ready for some longer books. I’m curious what chapter books have gotten your kids interested at early ages? Not to replace beautiful picture books of course! Just in addition. I’m thinking to try Winnie the Pooh… other ideas?

I guess I have two questions, because another thing I’ve wondered about is early readers. I think my son would love Frog and Toad, and Elephant and Piggie–but should I save those for when he can actually start to read them himself? Have you ever struggled with this?

These are great questions. I’ll start with the second batch first: nope, I’ve never saved beginning readers for actually-beginning-to-read children because—well, at first it was probably because I couldn’t wait to share those stories, but also it’s because beginning readers make such wonderful read-alouds for toddlers. It’s funny, though, now that you’ve made me consider the question, Harmony: I don’t think I’ve ever seen much discussion on this topic. But here’s what I think—wait, to get there, first I have to back up to picture books.

Picture books are written to be read by an adult to a child. The vocabulary is often quite sophisticated—think of Beatrix Potter: “Jemima Puddle-duck became quite desperate. She determined to make a nest right away from the farm.” Many contemporary picture books are tending toward simple, spare text (many of them quite wonderfully, like I Want My Hat Back or the charming Me Hungry); but in my mind the form is dominated by longish stories with rich vocabulary.

(To run off on a tangent: I’ve known parents who steered their children away from picture books once the kids learned to read, or hit first grade. Too young, not challenging enough, etc. Au contraire, I say! Picture book text is often MUCH more challenging for an emergent reader than the Early Reader books, about which more in a second. Besides, no one, not anyone, is ever too old for a good picture book. I mean it. All the Places to Love or I Remember Papa can be every bit as moving and cathartic a read for an adult as Persuasion. The Quiltmaker’s Gift is better therapy than Pinterest. I get the same uplifted, happy rush from Mordant’s Wish as I do from About a Boy.)

I’ve had toddlers who liked to cuddle up and listen to long picture books (especially Jane, who spent nearly a year of her toddlerhood in a hospital bed—sitting and listening was one of a very limited range of options, in her case) and toddlers for whom the concept of sitting in one place for a 32-page stretch was a notion for another universe. (Hello, darling Bean.) 😉 For those children especially, but really for all my two- and three-year-olds, I drew (draw, since Huck is this age exactly) heavily on treasured Early Reader favorites like Little Bear, Frog and Toad, The Best Nest, Newt, Biscuit, Mouse Soup, Owl at Home—oh, anything by Arnold Lobel really. And yes, yes, yes, absolutely Elephant and Piggy. We’ve had stretches these past few years where I bet I read five or six Elephant and Piggy books a day—five or six times each! Both Wonderboy and Rilla made giant leaps toward reading thanks to Mo Willems and his animal antics.

I also had the fun of trying out both my Inch and Roly series and Fox and Crow Are Not Friends on my ready-made test audience here at home. I read my littles the manuscripts straight off the computer. It’s always helpful to read your work aloud, but when you’re writing an early reader or picture book, it’s imperative: if I’m going to inflict a book upon a parent who may, if I’m lucky, be called upon to read the book over and over and over, I’ve got to do my best to make sure that isn’t a torturous experience. And not just that. Reading a manuscript aloud always alerts you to clunky bits that need more polish. And children, even (especially?) your own children, will inform you with unabashed clarity where you’ve lost their attention. My early reader manuscripts are much tighter after a round or two (or ten) of read-alouds to Huck and Rilla. When they start asking for ‘that story’ again—‘you know, Mommy, that book on your computer’—then I know I’m on the right track.

Anyway, to return to the question:

By all means, add Early Readers to the toddler’s read-aloud shelf.

As for the first question, about longer-form read-alouds for three-year-olds, we usually do Pooh around age four (though Rilla didn’t cotton to it at that age; nor did Wonderboy), and we nearly always read the My Father’s Dragon series as our first novels. I have a list of other good read-alouds for four-year-olds here. I remember reading The Lion, the Witch, and the Wardrobe to Jane at age four, and Rose’s obsession at that age (and long afterward) was anything to do with Greek myths, but Rilla (at age six) still MUCH prefers picture books and Early Readers over anything that looks like a novel. She eyed Brambly Hedge with suspicion at first, because of its size (we have the large Treasury edition that includes all the books), but its profusion of pictures won her over. She also loved The Cottage by Bantry Bay and The Family Under the Bridge. But now it’s back to ‘Too long, not enough pictures, I only like picture books.’ Which is fine with me. Our picture-book collection occupies a formidable amount of square footage in this little house; it’s got to earn its keep. 🙂

Besides the list of short novels and story collections I linked to above, let me throw in a vote for Thornton Burgess’s various animal stories (available in inexpensive Dover editions). Also the Family Treasury of Little Golden Books: obviously, those are picture books, not novels, but the older Golden Books tend to be quite text-rich. Any good collection of folk or fairy tales is an excellent choice for three- and four-year-olds (though don’t be surprised if most fairy tales turn out to be too long for a three-year-old to hear in one sitting; that goes for any longer-form prose story, really). Just So Stories—delicious—already on my other list, I think.

As I list all these suggestions, I’m aware that Huck (who will be four in January) is not ready for many of them. Too much text for his busy, bouncy body. I could woo him with Just So Stories, I think (note to self: give it a try) and the Little Golden Books, but he wandered off quickly when I was reading a Burgess story to Rilla the other day. What he wants, over and over and over and whyyyy did we succumb to the request?, is a Thomas the Tank Engine 8×8 we picked up after my booksigning last week. I am Beezus, he is Ramona, and this book is our Scoopy.

(I guarantee you no one involved in the publication of this Thomas book read it out loud even once, much less six times a day, every day for a week. I’m just saying.)

Speaking of picture books and early readers! (And every other kind of children’s book.) There’s still a week left to nominate your favorite books of the past year for the CYBILs Awards. Book apps, too! That’s the committee I’m serving on this year. I’d love to hear what your 2012 picks are.

Oh, and it’s Monday, which means a new Thicklebit. 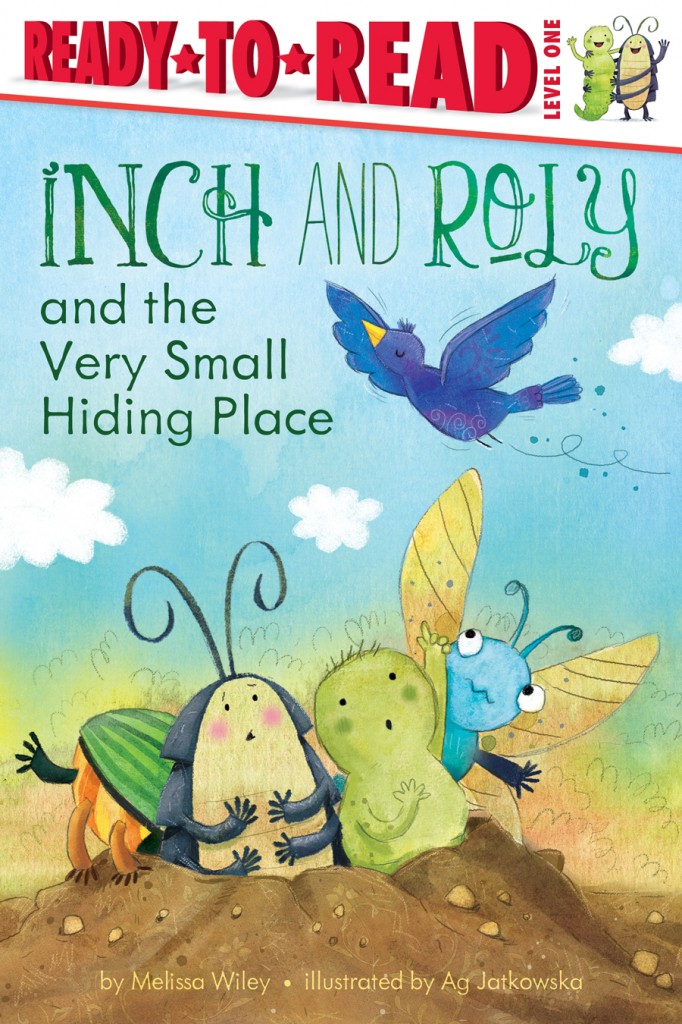