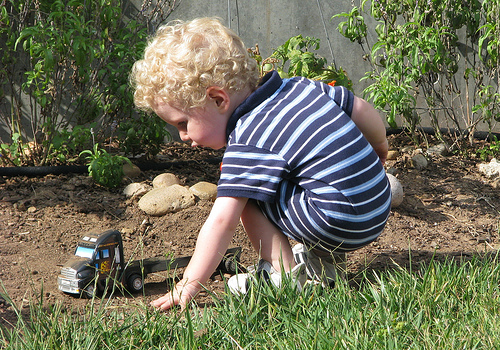 Things I did today (besides that thing I promised I wouldn’t mention this time):

* took a walk with Scott

* took a walk, later, with five of the kids

* tore my hair out, a little, over some travel plans I’m trying to arrange for Jane (totally worth it)

* read more Bat-Poet to Rilla (and Rose listened in because it was the part about the cardinal, her favorite bird)

* spent a perfect half-hour doing dishes while Rose, Rilla, and Wonderboy drew pictures of dolphins for me, and Mahalia Jackson poured out her soul over the speakers

* did not read any of my own books-in-progress

* did not get as much work done as I meant to

* ate scrumptious chicken stovetop-grilled to perfection by my husband

* and some rather excellent three-bean salad leftover from yesterday, which was actually four-bean

* said, after dinner, “Rose, would you mind watering the garden for me?” and AT THAT VERY MOMENT the heavens opened and rain poured down through the still-shining sun

* and will (just maybe) read a little of tonight.