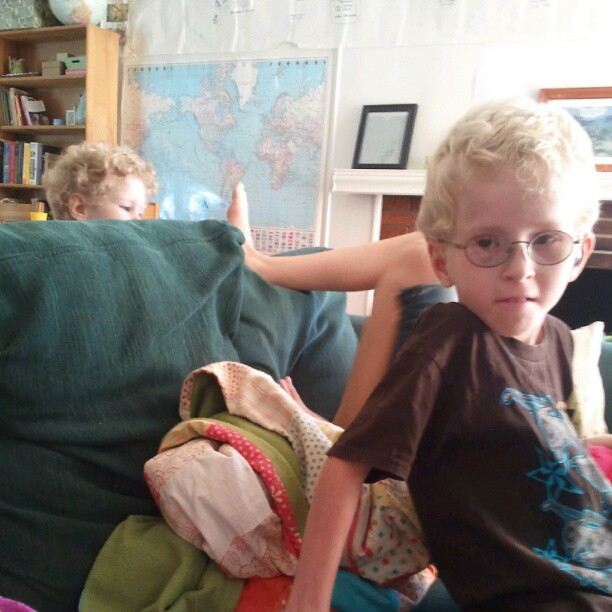 A thing I love to do, when I encounter a new blog I like, and sometimes with blogs I’ve been reading for years and years, is to go back to their very first posts and read all the way through the archives. Blogs are like memoirs, but rougher, less polished, wonderfully raw. It’s like poring over a photo album from the ’70s—our photos now may be cropped and filtered, beautifully lit, but our blogs reveal the messy business of life just beyond the frame. And I love that.

I love experiencing the development of a voice, reading along as day by day a writer grows more confident in her manner of expression, her point of view.

I love the conversations, the small-town feel of some comboxes, a warmth and familiarity that grows from people meeting up in the same place week after week.

I love watching how things change over time—the toddlers become teens, and the blogger’s interests and concerns shift direction; or there’s a move, a new job, an upheaval. Sometimes there is a tragedy, and I grieve invisibly for people I’ve never met, people I think of at odd moments because a bird or cloud or phrase reminds me of them.

That’s another piece of it, the associations. Reading a blog for a long stretch means you form connections between people and the things they love. The word ‘knitting’ brings specific people into my mind. Or: Quiet. Skipping. Selkie. Choir. Butter. Valentine. Crows. Homespun. Trillium.

Sometimes, the best times, there’s a reciprocity, and a blogger—or commenter—becomes not simply someone you read, but someone you know. A friend.